Quick, healthy and easy dinners are SO important to me because I am super busy (as I’m sure you are too!). I don’t have a lot of time after work to be making my meals, but I also live in a tiny flat that doesn’t allow for lots of meal prepping on the weekend. I mostly have to cook along as I go, which makes this smoked salmon and veggie dinner plate the perfect solution for an easy meal on a weeknight (and it’s mostly Paleo too!).

I’ve recently gone back to my Russian roots, and I’ve started thinking about the food that my Grandma would make for us. It was all very simple with lots of veggies, fish or meat and potatoes. Sometimes, I think paleo recipes over-complicate things, and they miss the mark on coming back to the basics. As much as I like eating scrumptious, gourmet foods, I simply don’t have time, money or energy most days.

This plate calls for a few basic things:

1. Wash all the produce.

2. Cut up both types of potatoes into thick pieces and throw both together into the steamer (approximately 10 min). You’ll know it’s ready when you piece a fork into a potato slice, and it goes in smoothly.

3. Cut up the asparagus in diagonal pieces, and steam them separately (approximately 10 min).

4. Melt the Ghee on the pan at medium heat. Throw in the handful of kale and some salt and stir. After about 2 minutes on the pan, add the lemon juice. It should be ready after about 10-15 min. The Kale should be very slightly browned in places.

5. Cut up the tomato into fourths or whatever is easiest.

6. I used one third of the potato slices (packed the rest away for another day) for my dinner plate and one half of the asparagus. I sprinkled some Goat’s cheese on the asparagus and a bit of salt on the potatoes and tomatoes.

7. The salmon was in a packet, and I took about half of it and put it on the plate.

I think it took me less than 20 minutes to whip together! It’s now my go-to dinner when I’m in a rush! 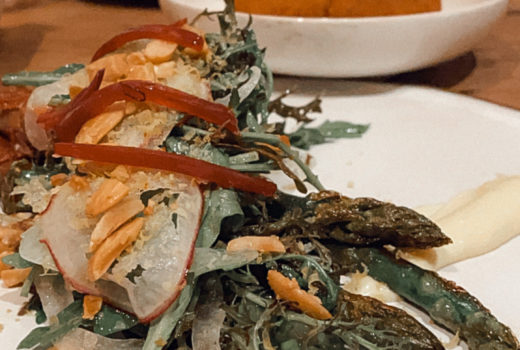 San Francisco Guide | Where to Eat 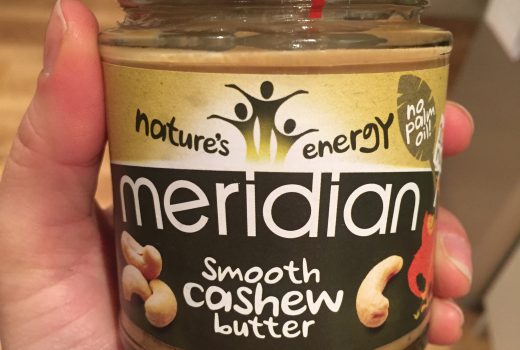 The Best (Paleo) Nut Butter… EVER