It is always a hard adjustment to get back from holiday, especially when it was one as relaxing and wonderful as my recent one to Tenerife, one of the Canary Islands, off the coast of Africa. There is so much history in this tiny, little place. It was involved as a first stop for the colonists of the Americas (including the boat that carried the settlers of Jamestown, Virginia!). It was also involved in many battles between the British and the Spanish (hint: the Spanish won). I’m not quite sure why those colonists did not just stop there and be like, “alright, I think my journey is done” because that’s what I did. How on earth do you return to work and normal life after being in paradise? My boyfriend and I fell in love with Garachico. Even though we were staying in Puerto de Santiago, we ended up spending two of our 7 days there. Garachico is a quaint village on the northern coast of Tenerife, facing the vast Atlantic Ocean. It is laden with natural pools and volcanic rocks. The restaurants, calm island atmosphere and the virtual lack of tourists, made Garachico a breath of fresh air. Garachico had a very Carribbean-feel to it. Bright colored facades, colonial-style churches and tranquil plazas. All the color combinations were a bit odd, but somehow, they worked. With the heat of the Canary Island sun, these colors just seemed to put you in a bit of a trance. Even though I was walking around, sweaty and hot, I felt so relaxed and at peace. I could have done with a hammock, but there were none in sight. {Me, in front of a very red door. I happen to really love red} {Plaza de Libertad, with the little café in the middle of those trees}

We wandered around the village until we needed to sit and rehydrate. We stumbled upon the nice and shady Plaza de Libertad. There was a little gazebo-café and we took advantage of the cold drinks they offered. Each in hand with a bottle of water, and a Frappelatte (my new favorite coffee drink), we sat down and spent about an hour talking and relaxing in the shade of the canopy of leaves above us. {View of the Atlantic Ocean}

After rehydrating and cooling down, we took to wandering around and sight seeing. I had my nice camera with me and was practicing taking some photos, working on my lighting and my composition. I’m still a bit of a newbie at this, but I had so much material to work with. All of Garachico is picturesque! {Another view of the Atlantic} {Volcanic rocks and the Cross} {May have left my heart in Garachico} 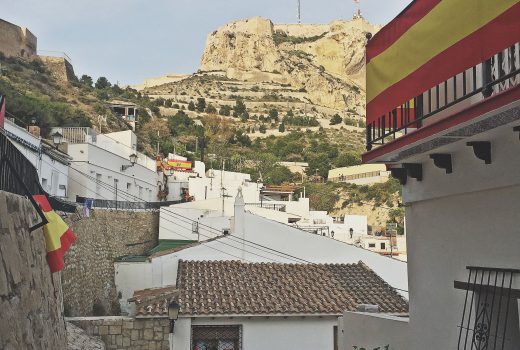 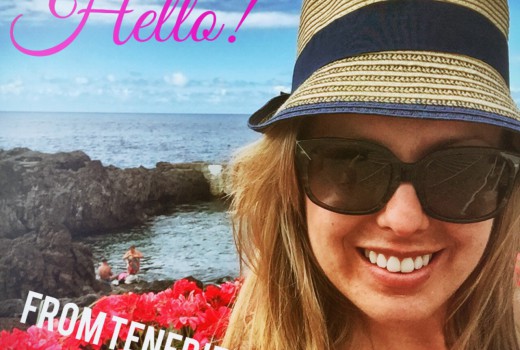 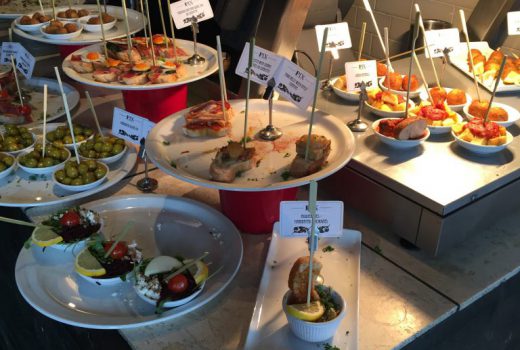