Getting to the Top – Hiking Los Almeces in Murcia, Spain One of the main reasons I keep being drawn back to nature and to hiking is because it’s in those rare occasions when I genuinely feel fully human. The only things that matter, in a difficult hike, is one sore leg in front of the other, one labored breath after another, and the thought of when we can subside the hunger pangs. I forget about the to-do list I left behind at work, the drama between friends, the sheer quantity of social media, and the responsibilities I need to attend to. It’s quite difficult to escape my surroundings when I’m living in a city, especially without a car. That’s why I have to take the opportunity to go whenever it’s presented to me. My March visit to Spain was a wonderful chance to go on a walk with my boyfriend’s hiking club, because it coincided with one of their planned routes, Los Almeces in Murcia.  Naturally, I had to come along!

It had nothing to do with gear or footwear or the backpacking fads or philosophies of any particular era or even with getting from point A to point B.
It had to do with how it felt to be in the wild. With what it was like to walk for miles with no reason other than to witness the accumulation of trees and meadows, mountains and deserts, streams and rocks, rivers and grasses, sunrises and sunsets. The experience was powerful and fundamental. It seemed to me that it had always felt like this to be a human in the wild, and as long as the wild existed it would always feel this way.” – Cheryl Strayed, Wild

I love this quote by Cheryl Strayed. It captures the essence of what walking actually does for me. We get so caught up in our modern, city lives. We have our iPads, Macbooks, iPhones (or SAMSUNGs, you get my point), our creature comforts, our fancy cars, convenient fast food, etc. Our lives are SO fast. We do not remember our origins and that we weren’t designed to sit in an office, 9-5, on our bums, and never see the daylight.

Anyway, back to Los Almeces. Everyone met up in the morning at a gas station, and we all set off together. I can’t remember how many people had signed up to go, but there were quite a few. There were some doggies as well, and you know that will make any hike all the more enjoyable. The hike starts right off of a small village called Ricote in Murcia, Spain. Here is a little map of the route we took. In total, it was 14km, and it took about 6 hours to complete. What I love about hiking in groups like these is how welcome everyone is made to feel. I was very new to the group, but so many people came up to me throughout the hike and chatted with me. There were so many interesting people attending and it was nice to have made some new friends.

When we arrived at the base of Los Almeces, I could already smell the pines. That’s one of the smells I didn’t realize I’d miss so much from Colorado. Hull, obviously, doesn’t have pine trees, so when I started walking, it was extremely noticeable to me. We started off at around 9:30 am at a quick, but reasonable pace. I don’t know why, but my body temperature was out of wack. Every 15 min, I was either putting on layers or taking off layers. About 2 hours into the hike, we had ‘almuerzo’ which is basically a meal between breakfast and lunch, but not really brunch. I had tried my very best to stick with my paleo food choices, and had some delicious pinwheels based on a recipe from Fed and Fit (link below the photo). {Face full of Paleo Pinwheels – Adapted from Fed and Fit}

My ‘pinwheels’ (that actually looked more like burritos) basically consisted of some cabbage/greens with some mayo, and some cured Spanish ham in one pinwheel, and turkey in the other. I had dates and almonds in a little Tupperware container that D and I shared. He was happy with his sandwiches, but I think my food was tastier. It filled me up until the very late Spanish lunch, or ‘comida’ scheduled to take place around 3pm. After eating a quick meal, we continued on. As the altitude started to rise, we started to see some stunning views of the Murcian landscape. It’s very rocky, but there were a lot of shrubs and trees (hence, the pine smell). This portion of the hike was starting to get tougher. Right before we reached the top, we actually had to climb up some steep rocks. When we reached the top, I’ve gotta say I was very underwhelmed. After hours of walking, being out of breath climbing, and finally getting to the top, the view was not very impressive. There were antennas everywhere. It’s funny how even when you try and escape civilization for a little bit, you can’t ever truly get away. {Highlight of my hike: making friends with the doggies. Also, bonding with the BF} The descent (and the ascent) of Los Almeces was more beautiful than the top of the mountain. I think this hike is worth going on, but only if you take the time to appreciate the journey, rather than quickly go through it to get to the top. That’s a lesson that easily can be applied to real life! A lot of times, we are so quick to get to the top, or end, of whatever we are doing, thinking that when we get there, everything will be perfect. However, sometimes the journey itself is the better, more beautiful, experience.

Here is a recap of the step count from Fitbit! I am pretty sure by the end of the day, I had 32k+ steps. What are some of your favorite journeys? Have there been times when you reached your goal or ‘the top’ and it was more underwhelming than the experience of getting there? 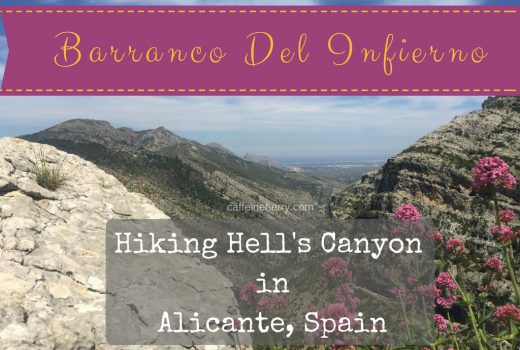 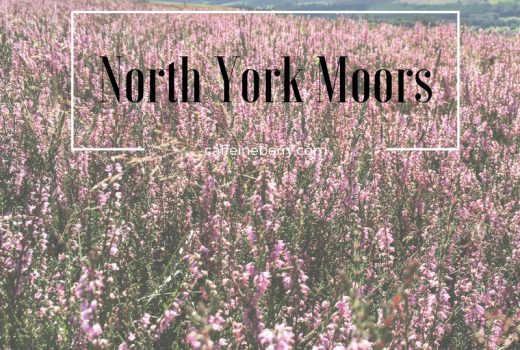 Hiking in the North York Moors