5 Things I Learned After I Moved Abroad

Ever since I studied abroad, I have been dying to move abroad again. Here are 5 things I learned after finally getting the opportunity to move to England!

1. I would have to make some sacrifices, and learn to live with them.

One of the hardest things I had to do was leave my family behind. When I had made up my mind to move to England, it hadn’t really hit me how little I would see my family. It is really expensive to travel back to Colorado more than a few times a year, if that. I am the eldest of 3 kids, so my parents also couldn’t visit me as often as I just assumed. They have a responsibility to my brothers, and to my ailing grandmother. My grandmother is also in a nursing home, and when it hit me that I was leaving her, that was extremely hard to deal with too. I don’t know how much time she has left, but I knew she wanted me to take the job. Leaving my dog behind was gut wrenching. I knew I could communicate with the rest of my family through texting and FaceTime. Nala, my dog, and I, only truly communicated with physical touch. It was so hard giving her that final hug before I left.

It was extremely hard to be leaving my friends. I knew that I would be missing weddings, birthdays, baby showers, and weekend getaways. I would be watching them live their lives through Facebook and other social media, but not really get to participate.

Another sacrifice you make is leaving your comfort zone. I took for granted how easy my life was in the US. Although England has everything the US has, adjusting to the differences was a challenge at first. I didn’t know what the cheapest markets were, where to buy underwear or where I can get a decent meal. Not having a car made getting around difficult (but a bit more of an adventure!). I had to plan out my day and had to factor in public transportation. This was all fairly new to me, and no longer did I have the convenience of hopping in my red Chevy Equinox and driving to the Starbucks across town on a whim.

{View of the Flatirons in Boulder, Colorado}

The sacrifices I made were difficult, and some of them were not expected. But this is part of life. We are all people passing through each other’s lives, and everything is constantly changing. I have learned that It is perfectly acceptable to make difficult decisions, even move half way across the world if that’s what will make you happy in the end.

When I first moved to Hull, I was so eager to make friends and see everything. It was extremely rare for me to say “no” to anything. Even if I was sick and hacking out a lung, I was so nervous that if I lost the opportunity to have drinks with some coworkers, I would not make any friends. Needless to say, that was ultimately detrimental to my health and to my happiness. I wasn’t sleeping very well, sick often, and was not comfortable being alone. It finally hit me that saying “no” to activities once in a while allowed some time for taking a bath or reading a book or watching a movie and learning how to relax. The whole point of making a life change this big is to shake up your life and learn who you are in the process. I learned that it’s absolutely ok to focus on you!

3. People are (generally) willing to help.

When the first bout of homesickness hit, I realized how uncomfortably alone I was. I had literally nobody in England that could come to my rescue if I needed it. Nobody I could call if I faced an emergency. This really scared me. However, with time, I came to see that people are so nice and generally more than happy to go out of their way to help someone out. As soon as they heard my American accent, they started asking about my story. If I looked lost, people often would just ask me if I needed help and were more than eager to guide me in the right direction. Several people at work offered to help me if I ever had an emergency. While I didn’t have my parents nearby to help me out, I found out that I belonged to a much larger, global family – where people actually look out for one another despite not being related to you.

4. Beauty can be found anywhere.

One of the things that worried me about Hull was how terrible everyone said it was going to be. Before moving here, I had read on an online forum where somebody asked for advice about moving to Hull. Some snarky person replied, “My advice, don’t move there.” It made me question what kind of place was Hull, and why on earth was I going there.

When I had arrived, I was more than pleasantly surprised. It had so many pretty areas. The city center had so many historic buildings and beautiful European architecture. The marina and the docks were just lovely. I would walk through that area every day after work for some fresh air. The Holy Trinity Cathedral is absolutely stunning. The people were so sweet and genuine.

People who look and only see ugly things have some internal work that they need to do. While Hull has some areas that are not appealing (ie: industrial zones and areas hit by economic crisis), there are so many other parts that make up for it. Sure, my city is not the most glamorous of cities, nor does it have any real fame. But it’s charming, has plenty to do, and is now home to me! That’s enough reason to find it beautiful.

A view of Hull, England on a beautiful, sunny day

5. The only thing that’s boring is a person without an imagination!

I had some friends back in college that used to constantly complain about how bored they were. How boring everything was. How terrible it was that there was nothing to do. We lived in Boulder, Colorado, one of the most beautiful cities in the world. It had mountains exactly a 20-minute walk from campus. We could have been going on hikes, picnics, or drives. Pearl Street was always bustling with activity and people. There was plenty of shopping in Boulder, or you could make your way to Flatirons Mall. This was just a 15-minute drive to get to. Students were always throwing parties and various events. Our university would constantly have symphonies, plays, movie nights, sporting events and so many other activities. There was never a limit of restaurants – new ones were opening every month. It was impossible to be bored. Yet my friends and I were somehow bored.

What I came to realize when I moved abroad is that boredom is truly just within people themselves. Living in a city gives you a chance to never be bored. When I would start to feel a bit agitated with sitting at home, I would go for a walk, arrive at a café, and even if nobody could join me, I would have a cup of coffee and people watch. It was very interesting to get to know my new city via the people. Even if I didn’t have money, I could still find things to do. Museums in Hull are completely free, and are always an option. I learned quickly that having a positive attitude and a bit of an imagination kept me from being bored and greatly improving my happiness. 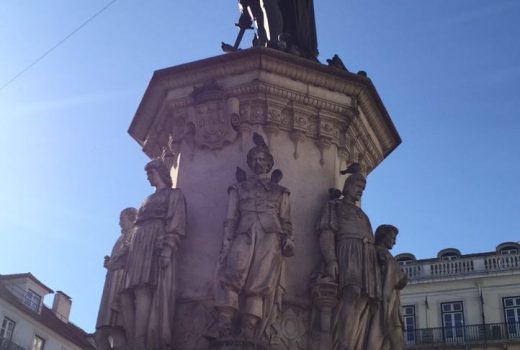 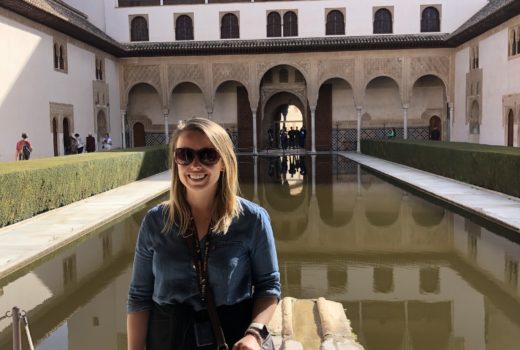 One year ago, I was in Granada, Spain…