Why Dublin is Always the Answer

When my friends from back home suggested we  meet up in Dublin, I was a bit unsure. Dublin was not a place I had traveled to before, nor was it a place I was very familiar with, apart from hearing about Americans visiting for St. Patrick’s Day festivities. I wasn’t a fan of masses of drunk Americans. I was left with a tiny question: to go or not to go? (hint: I did not have to think very long). Here are 5 reasons why Dublin is always the answer.

I am a beer snob. Living in Denver, CO, I was exposed to so many breweries, that I couldn’t keep track of any since they were popping up so fast. This culture would make anyone an instant expert on beer. One non-Colorado beer that I actually liked was Guinness. What was the first thing I did when I got to Dublin? That’s right. I went straight to a pub and I got a Guinness.

Apparently, Guinness in Dublin is supposed to taste better than anywhere else in the world. Either it’s a mental thing or there might be a bit of science behind it, but it does seem to be true. A couple possibilities are that in Dublin, the beer is kept at the right temperature, the tap is constantly flowing (so you don’t get day old Guinness) and it is served in the right glass with the right amount of head. The proximity of the Guinness factory could also be the reason – you get fresh Guinness at your doorstep faster than you get your morning milk.

{These are some of the displays from the Guinness Factory, another reason for Dublin}

Since I’m a massive nerd, I found Trinity College in Dublin to be a refreshing counter-balance to the beer and party culture. While Dubliners know how to party, they also know how to pick up a book. Their library is something I have fantasized about since the time I saw Beast reveal to Belle his library. It is home to some of the world’s oldest manuscripts, including medieval copies of the Bible and other treasures.

{I could get lost here for hours!}

{The nerd in me is drooling}

… Like, genuinely nice. One bus driver we had kept saying adorable things like “It was named (insert name here)… So it was” and “He had asked this questions. So he did”, and “wee child” and other cute things. It is impossible to think he could ever be mean. Everyone on the street was eager to help us if we were lost. Every pub was full of fun and happy people. Little old men would strike up conversations with you and tell you about their lives. Maybe my friends and I just got lucky, or maybe it was just the Irish.

On the outside, it looks like a typical pub scene. But then as you step closer to the pub, you will hear so much commotion. Every pub in the Temple Bar area that we went into had live music. I’ve heard live bands in pubs before, but I’ve never heard such actively participating crowds. They were belting the words of every song that the musicians played. I don’t think I’ve ever seen anything like it anywhere else. The energy levels were so high, the musicians were so good, and any sense of the outside world was soon forgotten. My friends and I discarded our inhibitions and soon were laughing, singing along and dancing with the crowds. Temple Bar is an indelible experience!

When you think of Ireland, you think of green and lush landscapes (after you have thought about St. Patrick’s Day and Guinness). The beautiful countryside of Ireland was exactly that. My friends and I decided we would leave Dublin for a day and do some sight-seeing. We signed up for a bus tour of the countryside and the end goal was to make it to the Cliffs of Moher. I’ve seen the Cliffs of Moher in images of Ireland before. They look so beautiful in all the photos, so I knew they would not disappoint.

The bus left the city center very early in the morning. My friends, T and N, and I were completely knackered. It was supposed to take us two hours to arrive to our destination. We got comfy in the bus and were not sure what to expect. As we drove out of Dublin, our bus driver started explaining the history of Dublin and the hardships the Irish people had endured under British rule. It was very eye opening. We passed through many villages and drove through all 4 seasons. When we were approaching the Cliffs, we went from having a beautiful, sunny day, to it starting to rain. The rain then started to turn into snow and it started blizzarding on us. This was all in the matter of 15 minutes.

The Cliffs of Moher are just as magical as you would imagine them to be. There was a heavy mist around the cliffs, and the tumultuous water of the Atlantic was crashing into them. Even though it was so cold (and still blizzarding) I risked freezing my hands in order to take so many photos.

Although the Cliffs of Moher are not in Dublin (they are in the opposite end of the country, in fact) they were still part of my Dublin experience, and should absolutely be part of yours!

Have you been to Dublin? Where did you go, and if not, where would you want to visit?

To hear more from me…

If you have any inquiries or questions, email me at caffeineberry@gmail.com 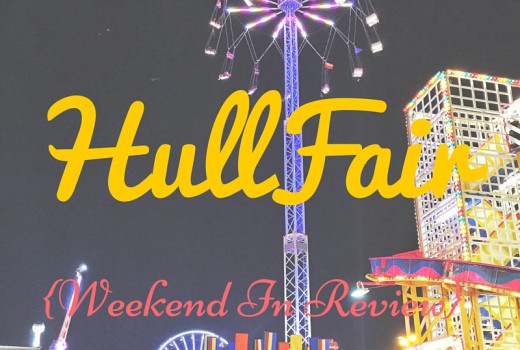 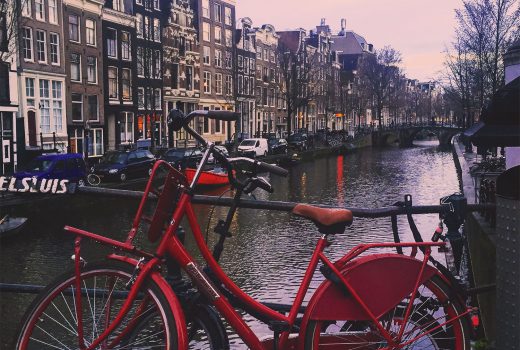 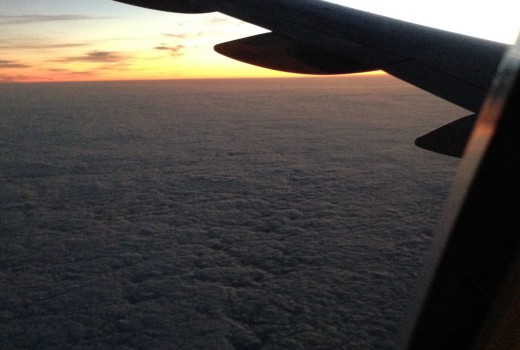 Pond Hop: My Journey From Denver to London