This month heralds the start of BBQ season, summer holidays and spending an obscene amount of time in beer gardens. Summer is fast approaching and so are the amazing events and moments that come with it. This is the time when the City of Culture events are at an all-time peak. I plan on embracing the summer holiday season with many books, shows, restaurants, and music. Here is what’s on in Hull, and with me, in June:

What’s On in Hull: 1. The Essex Serpent by Sarah Perry –  This is my book club’s selection for June.  I’m excited to read this book, and have wanted it to be selected for the last few months. Not only does it have the prettiest cover, I am a fan of historical fiction. The story begins in London, 1893, shortly after Cora Seaborne’s husband dies. She sets off to Essex with her son to try and find a bit of an escape. When she moves there, rumors start spreading about some mystical serpent that now haunts the lands. Cora, being as scientifically minded as she is, sets out on a mission to find this serpent, and finds love and herself on the way.
2. The Trouble With Goats and Sheep by Joanna Cannon – This book Poppy Love’s Book Club selection for the month of June, and it really seems intriguing. I am always happy to read a mystery, and lately, I’ve been enjoying narrations from children’s point of view. The Trouble With Goats and Sheep is part coming-of-age and part mystery about two young girls trying to solve a disappearance. The harder they press, the faster things begin to unravel in their town, and they start learning that there is a lot more to the story than just the disappearance of one woman.
3. Bossypants by Tina Fey – I’ve linked the audio book version here, because it’s an experience in itself to listen to Tina Fey narrate about her life. She is HILARIOUS. I’ve almost fallen off the treadmill from laughing too hard. 1. Travel to Oslo – This month, I am going to OSLO! I’m so excited because Norway has always been on my bucket list, but I never thought I would have the opportunity to visit. I am totally open to suggestions of what to see, do, eat, etc!
2. Running the Bridge – I am trying to take advantage of the ‘warmer’ temperatures, and go running outdoors more. A few people from my office started a running club that meets every Wednesday evening at the Humber Bridge, and we run it. I did my first bridge run last week, and I’m quite hooked. It gives you a serious feeling of satisfaction when you can say that you’ve ran across the longest suspension bridge in Europe.
3. The Sesh at The Polar Bear – I am a fan of live music, albeit I don’t go to gigs often enough. The Polar Bear pub in Hull is hosting some live music sessions with local bands. Every Tuesday night, there is a different group showcasing their stuff, and best of all, it’s free!
4. Barrecore Class – I’ve quit my membership at my gym this month, in order to figure out which gym to join for my upcoming company move. Because of that, I’m finding it hard to motivate myself to work out. After trying some barre classes the last time I was home, I found a UK based studio that does online video rentals for classes. This will be the perfect substitute for when I’m on the go or when I just can’t make it to an actual gym! 1. Brasserie Paleo in Oslo – I have no clue what their website says, but I am SO wanting to try their food. I’ve never been to an exclusively ‘Paleo’ restaurant, and it will be so great to not have to compromise on healthy eating when I travel to Oslo. 2. Cocktails at Aunt Bibby’s – Last Friday, I had an amazing Honey Lemon Moonshine from Aunt Bibby’s and I hear their other cocktails are just as delish. Aunt Bibby’s is a staple restaurant location for me and my friends from work, but I always just focus on the food when I’m there. Now that I know that they mean business when it comes to food AND drinks, I will have to be more experimental with my selections!
3. Hull Street Food Nights on the 15 June 2017 – I missed the last one, because I was deathly ill. What I heard about it, wasn’t all too positive either. My friends that went said that it was way too crowded, and the food venders were unprepared for the amount of people that would make it out. This time, I hear that it should be much better, with vendors expecting a bigger turnout, and thus, will have more food. I, personally, am not one to ever pass up an event involving food, so I will definitely be there! 1. Wonder Woman – THIS. MOVIE. WAS. AWESOME. Please go out and see it. I remember watching the old series with Lynda Carter when I was a little girl and thinking how cool it was that a woman was a superhero. Sadly, there have been very few strong heroines since… Until now. This movie was so inspiring, entertaining and an ode to womanhood, because we are, after all, pretty badass.
2. The Handmaid’s Tale – Since I’ve started reading the book, and found out about the fact that there was a show in the US, I was trying to figure out where I can watch it in the UK, but with no avail. However, Channel 4 has acquired the show, and it now plays every Sunday night at 9 pm. It’s eerie and creepy, but oh-so-relevant. It’s a thought provoking television series, bound to make you question current events.
3. King Arthur – Legend of the Sword – I’ve always been a big fan of the King Arthur saga. Probably since The Sword in the Stone, I’ve wanted to know more about this king. Now that this king is Charlie Hunnam, and with loads of modern effects, I am even more excited to revisit this legend. Did I mention I have a massive crush on Charlie?
4. Lady Macbeth in the Hull Truck Theatre – This was something I had expected to be a Shakespeare remake, but actually, it’s about a woman in the 1800s that was essentially married to a vile, older man. After he continues treating her like garbage, she finds herself a lover. What I’m most intrigued about is how the story will turn out… Will she kill her husband? Will they be found out? If you’re in Hull, grab your tickets before they run out!

I’ve recently been at the Big Weekend in Hull. The festival introduced me to some really great bands. I’m exploring more artists, and have been listening to some Glastonbury music playlists. One of the groups that I LOVED watching live at Big Weekend was HAIM. I’m loving loads of their songs. Additionally, I’ve added a few other songs that I love from singers/groups that will be headlining Glastonbury.
1. Want You Back – HAIM 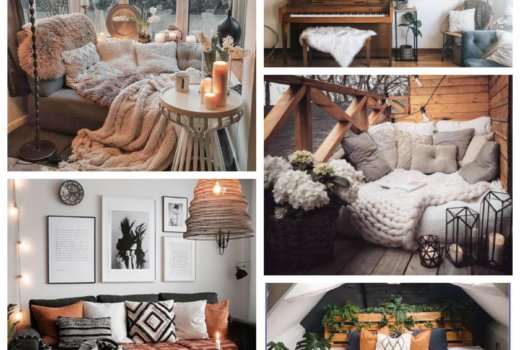 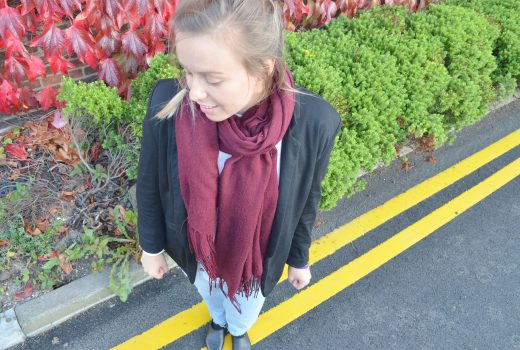 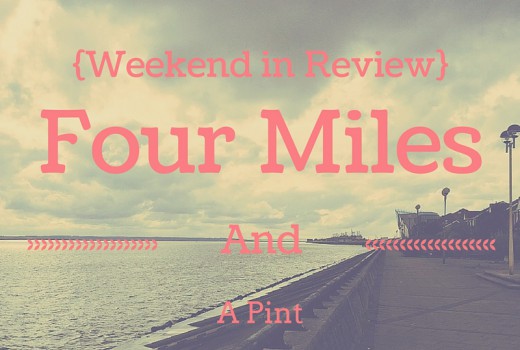 {Weekend in Review} Four miles and a pint