I recognize that I have an obsession with Spain. Every other post is a post about Spain. Spain spain, spain spain spain. However, I have good reason to love it so much. Each city I visit is better than the next.

After visiting Toledo (see post here), I honestly did not think Spain could do any better. I was in for a surprise, however, because our next stop in the road trip was Segovia. I had briefly heard about Segovia from when I was in school, and did not think that much of it. When D and I pulled up to the city, we could see the Aqueduct of Segovia from far away. It was a really majestic site for sore and tired eyes. Apparently it was built in the 1st century under the Roman, and is one of the best-preserved aqueducts still standing.

The city was beautiful. Segovia has this cheerful atmosphere. There weren’t very many tourists, and the city had many beautiful vistas. Segovia has such a great balance of the old with the new. That was one thing that stood out to me when I compared Toledo with Segovia. Toledo was an old, old city. It was very inconvenient if you were trying to get around by car. That was absolutely fine for a visit, but I’m sure living there, in the old part of town, would get very difficult. Segovia had a very active population, with people milling about everywhere. Segovia was modern enough where you could live comfortably, but old enough that you still could bump into an important piece of history.

{Transported back in time…}

I was there in January, so it was actually quite cold. You can see the mountains on the horizon… they were actually covered in snow! I don’t think I’ve ever seen proper snow in Spain! It reminded me of my own home, Colorado. Granted, our mountains are bigger and their city is older, but it was nice to see some landscape that was a bit more interesting than just sea level.

{A view of Segovia}

The Alcázar was my favorite historical site on this trip… This castle had a lot of importance to my favorite European monarch of the past – Queen Isabella I. She and her husband, Ferdinand, lived there for quite some time. It actually affected me a lot to see their thrones. What I loved about the two of them is that Isabella was just as important in decision -making as was Ferdinand. In a time where women were regarded as nothing more than cattle, she was a real inspiration.

{The throne of los Reyes Católicos}

My boyfriend convinced me to try Cochinillo. This is a typical dish of this region. Cochinillo is a suckling pig – a pig that is still fed on its mother’s milk. The pig is slaughtered and then roasted and served with other vegetables. It was very delicious and just as tender as they said, but the animal lover in me really struggled to eat it. I like to consider myself adventurous, especially with food, there are somethings that are difficult for me to do. Eating baby animals is one of them.

{Sorry for the poor quality – but here’s Ávila!}

One of the nights we were in Segovia, D and I decided to pay a short visit to Ávila, and check it out. It had a beautiful city wall still standing all around it. You can kind of see, from my photo, the towers of the wall. I wish that I had taken more pictures and I wish that we had been there in day time. Ávila was a very beautiful city. However, it lacked the bustle of Segovia. It could of been because it was dark and cold, but I think the people were just quieter.

Here is a photo of Ávila in day time:

After wrapping up our visit to Segovia and Ávila, it was time to head back to Alicante, and then time for me to return to the UK. Thankfully, D had one more stop for us. We stopped at El Escorial outside of Madrid (i’ve mentioned it before here). This building was incredible. It was built by the catholic monarch Felipe II. The building is architecturally interesting, with a lot of religious art displayed inside, along with an absolutely stunning mural called the “Hall of Battles”, and a mausoleum. A lot of Spain’s royalty is entombed in the Pantheon of the Kings. It’s an incredible place to visit.

What was your favorite road trip? Is there a country you keep coming back to? What do you love about it? I’d love to hear more from you!

To hear more from me…

If you have any inquiries or questions, email me at caffeineberry@gmail.com 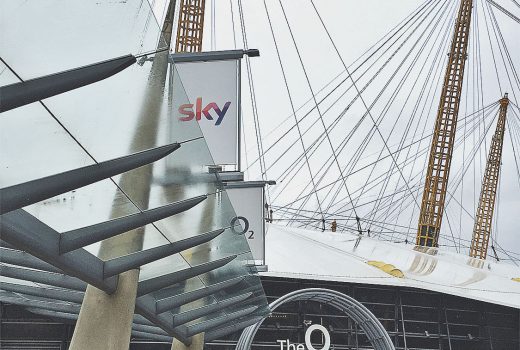 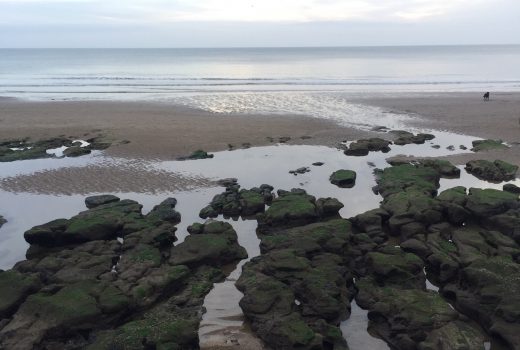 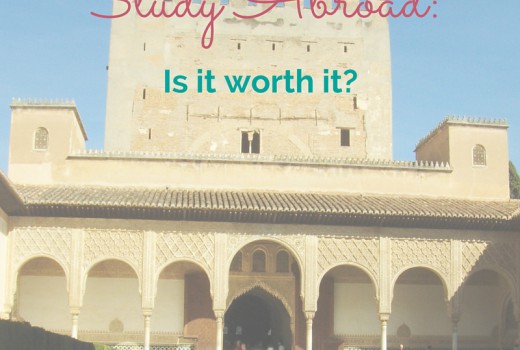